What a lovely song about hope. It has always been one of my favorites. When heard for the first time at age 16, it changed something in my mind.

I made a cardboard bat house, and put the towel I had wrapped him in within it. Attached it to the wall outside. And hoped that he would be alright. And the other day, when I went outside, he was scratching around in there! I need to make a real one…

Thank you, Ursula K. LeGuin, for your wonderful books. You were my favorite author. Your books always made me think, and brought me much joy. It was interesting, but understandable, to read that your basis was in Taoism. No wonder… About so many things I learned from you. Nothing was stale. My favorite quote was from my least favorite of your books, Searoad, which was about a quiet little town on a US coast. It was about the passion of reading. My favorite of your books… Hmm. I loved the Earthsea Trilogy. But the passion of “The Left Hand of Darkness” was engulfing. I will never forget it. Immense gratitude for your contributions to our world, and to my own little universe. 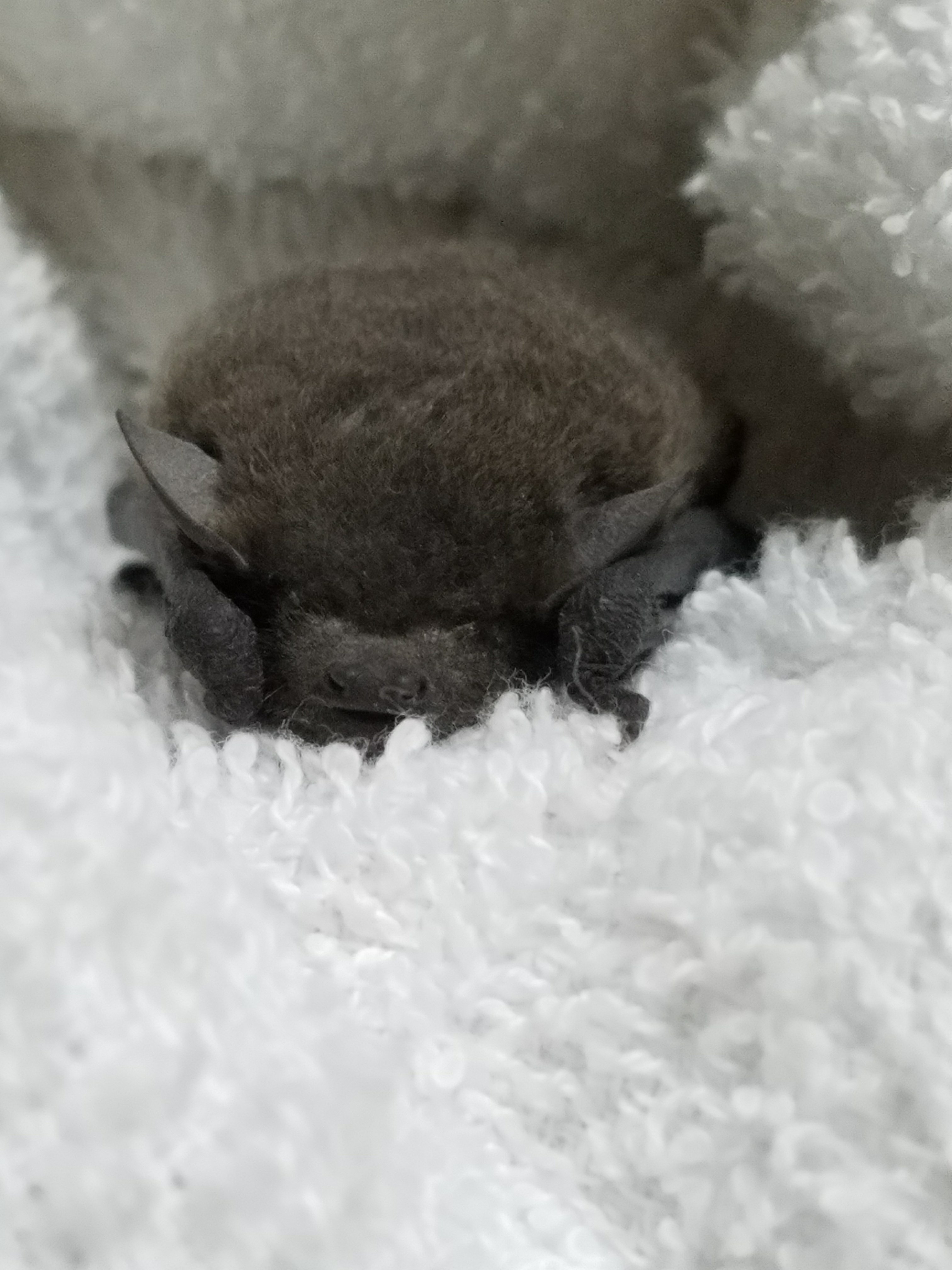 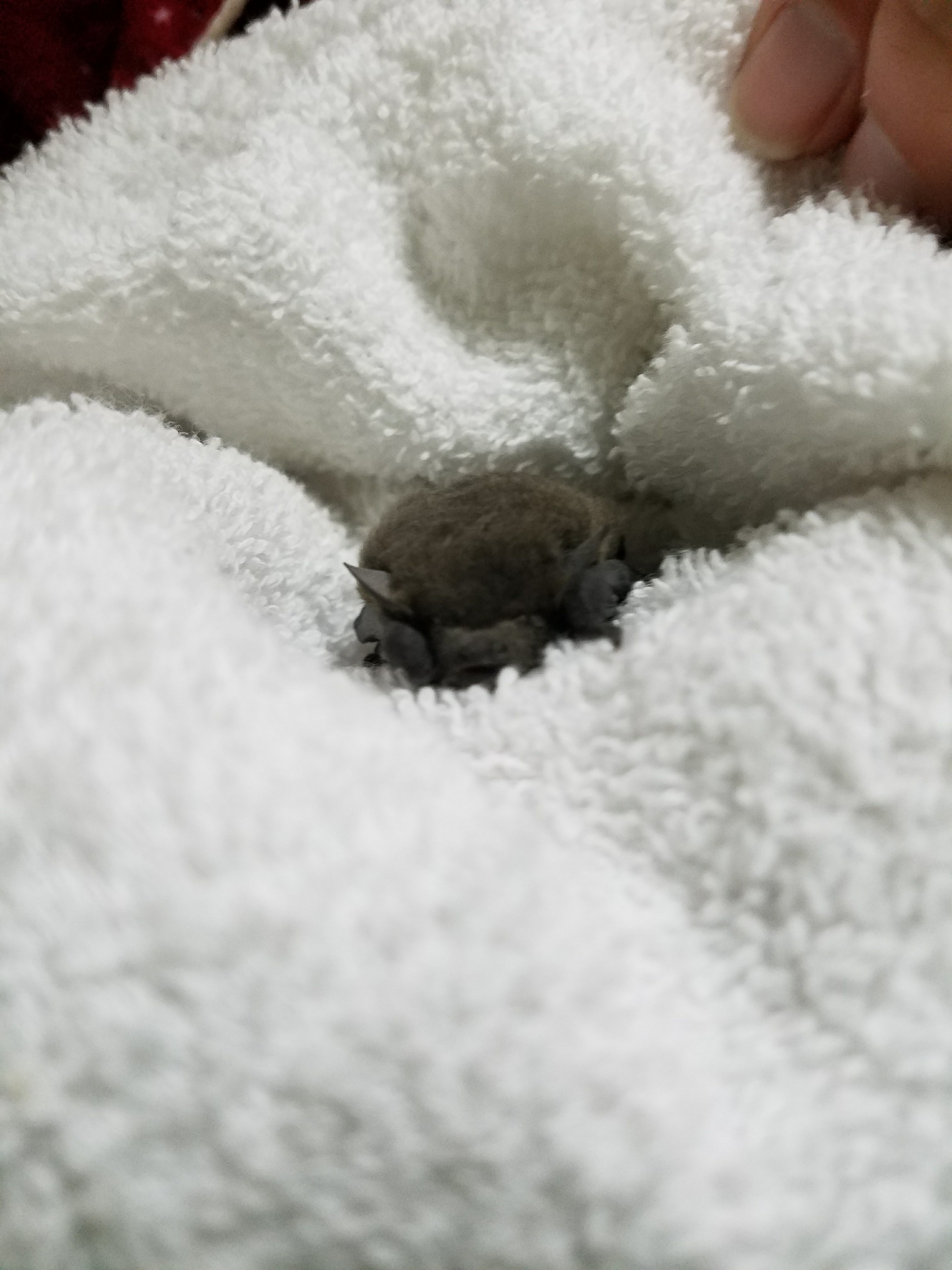 The elderly have a use in our society. They teach us about the past. They help us make decisions because they have lived a long time and may know more than we do. The tenth one in this article is so sad. People should not have to die alone. A lot of the problems with these is that the elderly are lonely. Another that I see as a long-term resident in Japan, is that the empty houses left behind are a precious asset being laid to waste.

However, in Japan, there are problems preventing some of the issues stemming from this aging society from being solved. The legal system needs to be revamped. And people need to start trusting strangers, since they have no reliable family.

There are some solutions I have thought about regarding the issue of empty buildings. There are at least seven in my neighborhood alone.  However, new apartment buildings and townhouses are being built all the time. The empty houses remain empty, and oftentimes are demolished, destroying precious historical and traditional assets. One reason that they don’t rent, is that people don’t trust others to manage their property. The law supports renters, so it makes it difficult to evict them. However, years can go by after someone dies before anything is done with the property, due to legal battles. Squatting is unheard of and out of the question, apparently. To resolve this issue, I think that people needing housing should be able to temporarily live in empty houses, and give the owners a priority for kicking them out if need be. It would have to be a special condition that the house was empty after someone had died. I think that this would solve a lot of housing issues in the cities surrounding Tokyo. That being said, there is an organization that supports managing empty houses, but in this case, the owners of the house are the ones that come forward as the managers, meaning that the ownership must be established first, which can take years. Meanwhile the house is rusting and rotting.

As for the elderly being alone and lonely, there is an organization that supports undergraduate students living with elderly but still active and healthy people, and sets up a contract between them. The organization is called 「NPO法人リブ＆リブ」 or “NPO Live & Live”.  Their introduction says: “ＮＰＯ法人リブ＆リブが行っている「世代間交流ホームシェア事業」は、 日常的にあまり接点のない、シニアと大学生の同居によって、 新しく生まれる「血縁をこえた絆を作る」ことを目的としています。 かつての「下宿」とは違い、シニアと大学生が同等の立場で支え合い、毎日を楽しみに生きていける新しい社会への一歩になる事業です。”

Some of the issues I can easily see are that if young people live alone, they have a lot more freedom. They can have guests over to spend the night. They don’t have to come home each night. The rules seem a little strict to me in favor of the elderly. Also, the rent is only 20,000 yen, the cost of utilities every month. Even so, a person can rent a place in the outskirts of Tokyo for a little over this cost. Another issue I can see is that it is only for undergraduate students. What about graduate students? What about when the student graduates but still wants to live there? Other rules are that students must eat dinner with the elderly person at least 3 times per week to establish friendship, and a curfew of 11 is set.

Despite these advantages to the house owner, the NPO is having a hard time finding elderly people interested in doing this! There is a waiting list for students at the time of this post, January 2017. I’m not sure what the problem is. Maybe they haven’t been advertising? Maybe the advertisement is not appealing enough? I’m not sure, but it seems amazing to me. I can only assume a number of things. Maybe elderly people in Japan have high pride inhibiting them from renting out a room? Perhaps they feel badly that they have to do this since their children won’t live with them?  Maybe, and I think this is the most likely, they think that the students might hurt them or cause trouble?

Either way, I think that if elderly people were not so isolated, they would be able to live in peace up to the time they couldn’t take care of themselves anymore, and if there were a way to deal with the housing instead of making new ones, we could help our world and save precious historical assets.

So, I have a theory, a religion you could call it, that everything is connected, like a fractal in time and space, and that the fractal is God. But then, I had to figure out where love came in, and for many years, I couldn’t imagine what love would be. But I knew it was important, because in every major religion it is central to the ideas and ideals.And then it hit me tonight, over the head, like a giant spoonful of partially solidified pudding.Love is the connection. It is what connects the fractal together, it is the glue that pulls things together and propels them forward into space-time. It is what makes babies. It is love at first sight. It is true understanding. It is feeling truly alive. It is surging forward in a race to the finish, and the hugs that ensue. It is smelling a rose and knowing it is rose. It is breathing a first breath.Then there are other things. Like hatred. I would have to think that that is love on a strange vibration that has been ruined momentarily.How about indifference you might ask? Well, indifference is the middle, the place where love is ebbing away.For remember, it is all a fractal. And what is a fractal of the universe but a giant and all-encompassing sine wave? 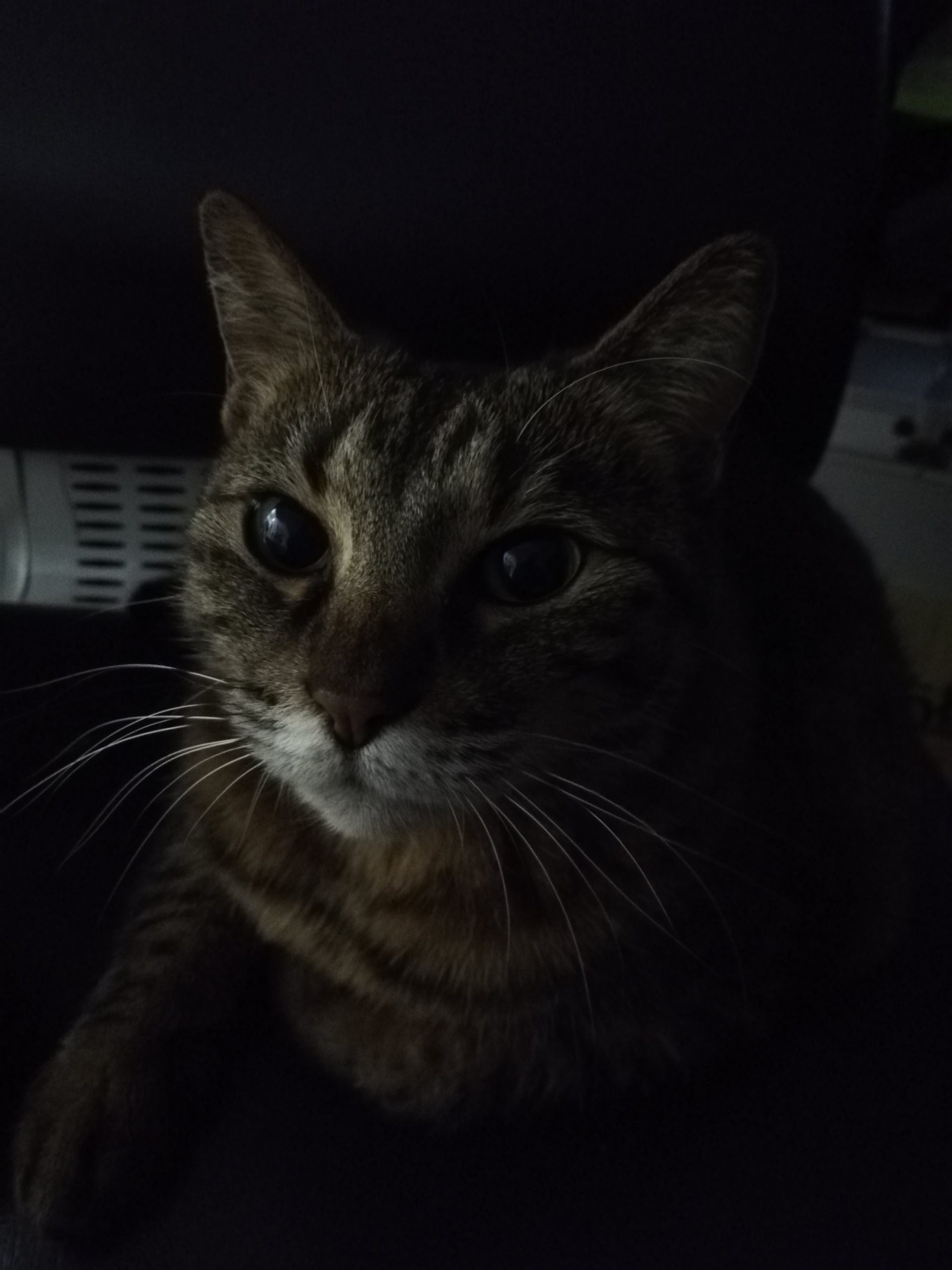 Monty said, “The answer is remarkably simple but complex in execution. Do what will provide you the most freedom of time and spirit.”

My response, each one considering another need: living with people who are close to me, writing lots of papers, getting a permanent position, maintaining ties with family and friends or even buying investment property near them, saving up… and staying out of economically or emotionally draining relationships.

Another friend, very cleverly I might say, told me the worst-case scenario of what she thought I might do over the next few months, and how it would affect me 10 years from now.

I refuse to prove her right. I have to be strong. 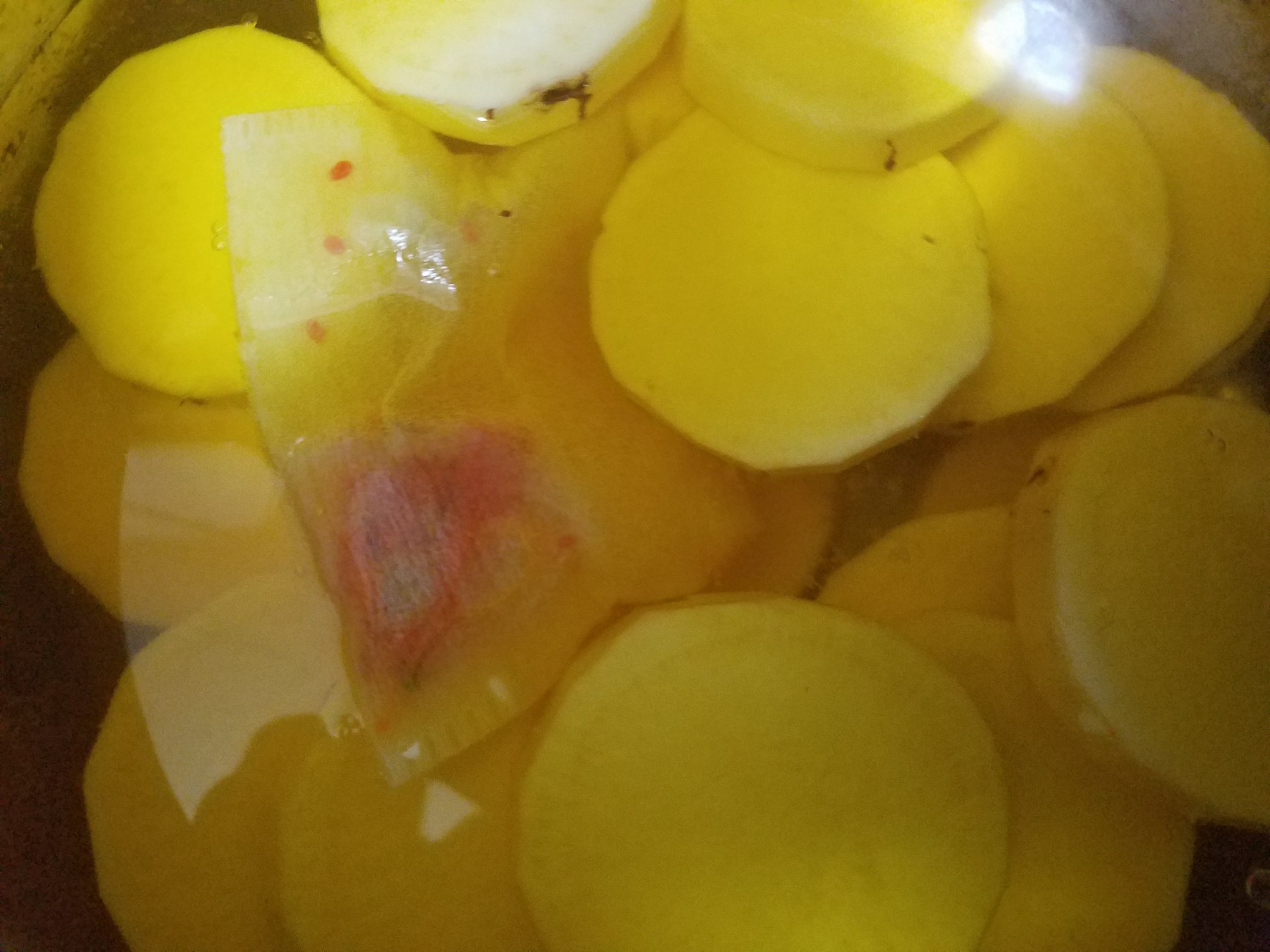